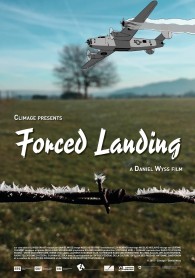 In 2014, the Pentagon awarded P.O.W. medals to 143 WWII veterans, who were held in the infamous Wauwilermoos punishment camp in Switzerland. The story of these airmen and their prison unveils one of the darkest and less known facts of Switzerland’s behavior during World War II.

During the Second World War, more than 100’000 foreign soldiers were interned in Switzerland. French, Polish, English, Russian, Italian, Germans who fled combat found a save haven in neutral Switzerland. According to the international conventions signed before the war, the Swiss government had to accept these soldiers (unlike civilians, for instance the Jews, which could be sent back to occupied territories) and keep them interned until the end of the hostilities. These soldiers were held in barracks and used as helping hands for agriculture and industries. Officers were not compelled to forced labour and stayed in unoccupied mountain hotels. These rather mild detention conditions could become nightmarish for those who tried to escape. The escapees were sent to the camp of Wauwilermoos near Lucerne. This military prison was under the command of André Béguin, a known crook and member of a right wing movement. He imposed extremely harsh detention conditions. In April 2014, eight survivors of this camp received the Prisoner of War Medal, thus being recognized for the suffering they endured during their imprisonment. This will be the first time that this medal is granted to soldiers that were held prisoners in a friendly country. This is the story – part of our history – which this film tells.