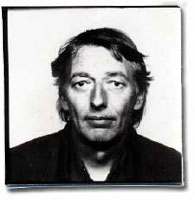 Born in 1954 in Lausanne where I have stayed ever since.
Independent filmmaker and producer since 1986.

1972 – 1987 Trained as a graphic designer. Developed and managed a printing association. Contributed to cultural and social publications. Computer graphics artist and layouter at the Swiss magazine L’Hebdo.
1985 Founded the Bellevue Video Studio and Climage.