From the Kitchen to the Parliament 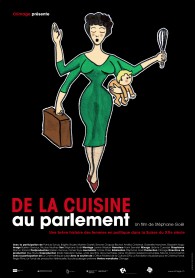 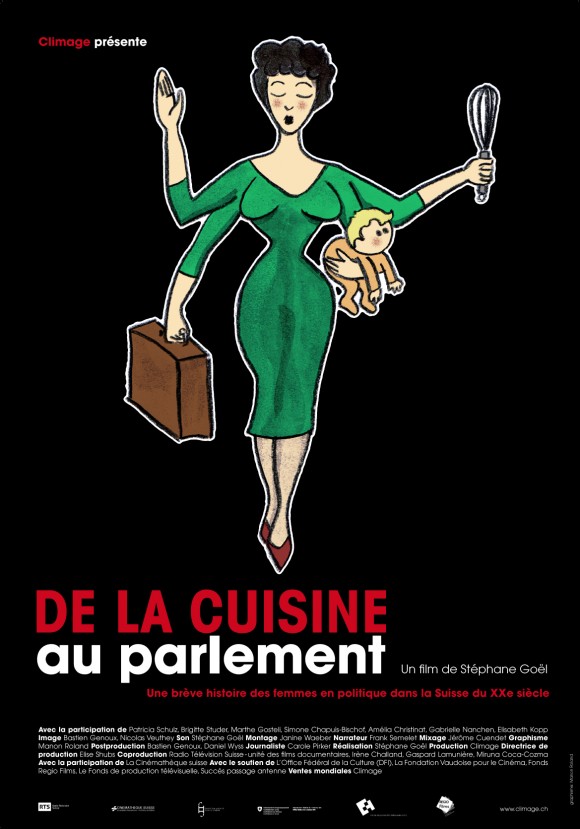 Switzerland was one of the most recent countries in the world to grant women the same political rights enjoyed by men. In fact, Swiss women had to wait until 7 February 1971 before the male voters pronounced themselves in favour of their right to vote. The result of the referendum was clear, with 65.7% voting yes. Only eleven years previously, in 1959, the same proposal had been rejected by two out of three voters.

The fight for women’s suffrage began in Switzerland at the end of the 19th century. From 1885 onwards, a group of constitutionalists and (male) politicians, along with various women’s associations, committed themselves to fighting for political parity for women and from 1905 the first associations supporting women’s suffrage were founded in the main cities. From 1909 onwards, these groups became organised on a national level and established contacts internationally. However, the movement towards greater openness was hindered by a range of factors. On the one hand, there was the widespread conservative conviction that roles within the family should be clearly assigned. Such prejudice was evident on the campaign posters of those opposed to the introduction of women’s suffrage; these figured carpet beaters, baby’s dummies and children and husbands neglected by their mothers and wives, women who preferred get involved in the political life of the country instead of dedicating themselves to the family.

Women’s suffrage in the cantons

A further reason why Swiss women were so late in gaining the right to vote can be found in the country’s system of direct democracy. For women’s suffrage to be introduced, at cantonal level the majority of the electorate had to be in favour, and at federal level the majority of the electorate and cantons had to agree. By contrast, in other countries adopting women’s suffrage was a more simple process, since this could be the result of a decision by Parliament, without having to put the decision to the vote by the whole male population.The first cantons to opt for women’s suffrage were Vaud and Neuchâtel in 1959, followed by Geneva the following year. The most reluctant cantons were, primarily, the Swiss German cantons. The first to follow suit was Basel-Stadt in 1969, whilst the last was Appenzell Innerrhoden, compelled in 1990 by a decision of the Federal Supreme Court to allow its female citizens to vote and stand for political office with immediate effect.

In the year in which women’s suffrage was introduced on a national level, the first federal vote (6 June 1971) and the first elections to the Federal Parliament (31 October 1971) were held in which women could take part. On this occasion, women made up 5% of all those elected to the National Council (10 out of 200 members). By way of comparison, 59 women were elected in 2007, equivalent to 29.5% of all members. The first president of the National Council was Christian Democrat Elisabeth Blunschy, in 1977. Another 14 years were to pass before the first woman, Christian Democrat Josi Meier, was elected president of the Council of States. Access to the executive proved even more difficult for Swiss women. Social Democrat Hedi Lang was the first woman to be elected to a cantonal government, in Zurich in 1983. In the same year, attempts by the Social Democratic Party to be represented by a woman on the Federal Council were not endorsed by the Federal Assembly. Instead of voting for the official candidate Lilian Uchtenagen, Parliament preferred to elect ex-National Councillor Otto Stich. Elisabeth Kopp of the FDP was thus the first woman to be elected to the Federal Council, in 1984. Social Democrat Ruth Dreifuss, however, was the first to occupy the seat of President of the Confederation in 1999. Six years prior to this, she had also experienced a rather turbulent election: the Social Democrats had put forward Christiane Brunner as an official candidate but Parliament once again chose to elect a man in her place. Francis Matthey was elected but forced by his party not to accept the position, ceding it instead to Dreifuss, who thus won out over Brunner.

Women at the top

From then on, there was considerable progress in terms of female representation in politics. In 2010, the three highest political offices in Switzerland were held by women at the same time: President of the Confederation (Doris Leuthard), and president of the upper and lower chamber (Pascale Bruderer Wyss as President of the National Council and Erika Forster-Vannini as President of the Council of States). Since November 2010, for the first time in history, there have been more women than men at the heart of government (four out of seven members). Since 2008 the Federal Chancellery has also been headed by a woman, Corina Casanova. This positive trend in equal rights is also confirmed by “The Global Gender Gap Report”, a study carried out annually in 128 countries by the World Economic Forum to measure the gap between the sexes in various areas of society. In the rankings for political life, Switzerland has moved up from 40th position in 2007 to 11th position in 2010, behind the countries of Northern Europe, New Zealand and the Philippines but ahead of Great Britain, France and Italy.

Parity still a long way off

Yet despite constant improvements, there is still a significant gender gap in terms of representation in Parliament. In fact, slightly less than a third of the members of the National Council and a quarter of the Council of States is female. This places Switzerland 27th in the world rankings drawn up at the end of February by the Inter-Parliamentary Union, comparing 188 countries. The Swiss Confederation is nevertheless ranked above the international average, which stands at 18.5%.